Time and accuracy are everything to rescue workers. Accurate navigation helps fire fighters find the right route, which saves time – and lives. The communication links must always work. Nerikes Fire Brigade chose SATEL radio modems for their reliability and flexibility.

Nerikes Fire Brigade handles emergencies in eight municipalities in Örebro County, Sweden. It covers 27 fire stations in an area of approximately 150 x 80 kilometers, and it has more than a hundred vehicles in its fleet.

With a large organization spread across a wide geographical area, a functional communication system is essential.

Optimizing systems for paging, alarms and positioning has been a part of the effort to reduce time during each operation. Nerikes Fire Brigade turned to RA Communication Technology in Örebro for assistance.

“We have evaluated every aspect of their communication system and improved the communication structure. In addition, we have optimized the antenna locations and chosen the locations that give the best coverage and system performance, instead of just using the mast that is closest to a fire station,” explains Daniel Rydell, System Engineer, RA Communication.

Having full control over the position of every vehicle has meant an increased operational benefit. Previously, a lot of time was spent via the voice channel trying to determine the vehicle’s position during an emergency. Now the system is automatic, and attention is devoted to other tasks.

“We increase our options in many ways when we can see where every vehicle is in real time. If we get an alarm, command central immediately sees where the nearest vehicle is and redirects it further along the rescue path if necessary. At the moment, a new position for each vehicle is transmitted every 400 meters. When necessary, the radio system has the capability and capacity to facilitate precise navigation, and accuracy can be increased on the fly for real-time display of position. In addition to a reduced workload and more accurate navigation, the need for voice communication has decreased during emergencies,” says Magnus Bern.

The Automatic Vehicle Location (AVL) is installed in each vehicle and it consists of a GPS receiver that is further transmitted through an 80 MHz radio also used for speech. The positions are transmitted to four substations spread over the eight municipalities. These four substations are connected to the control center in Örebro, called T100, via SATELLINE-3AS Epic radio modems. The communication is not direct; it passes through a combined sub/repeater station at Axsjöboda. The radio modems are models with 10 watts output power and they connect stations up to 57 kilometers apart. At the command center T100, the navigation tool Metria Transportation shows the trucks’ current positions.

In addition to great benefits in daily operations, Nerikes Fire Brigade subsequently uses their data to gather statistics. They log each vehicle’s position at any time and can compute the actual driving time at various alarms or see where a particular vehicle was at any given time.

Paging systems get an overhaul

The majority of the workforce are part-time workers with other occupations. The paging system covering an area around each fire station alerts the staff that is on standby in the case of an alarm. Directly from T100, the station in Örebro, alerts are sent directly to the local paging transmitter, a total of 30 units scattered throughout the area.

In the spring of 2010, the latest radio link was installed. Zinkgruvan is a location that houses the main transmitter for the paging system in the southern part of the area. It consists of a transmitter and two servers. The Zinkgruvan transmitter and T100 were linked together with SATELLINE-3AS Epic radio modems.

The paging system is continuously monitored. If there is a malfunction, the staff in charge receives an alarm immediately. Alongside the primary communication link to each paging transmitter, there are backup paths. The system overall is very reliable and all links are tested several times a day. 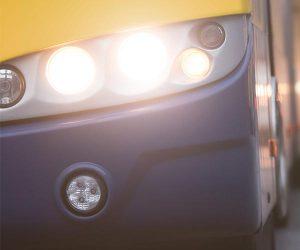 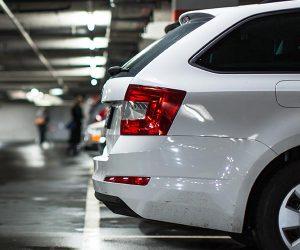